Valley of the Vovk

“Valley of wolves” or where animals are loved.

In the Mizhhirsky district of the Transcarpathian region is the world-famous national park “Synevyr”, named after the unique high-mountain lion lake, which is located on its territory. Tourists visit this place to look at the lake, which is one of the seven natural wonders of Ukraine – Synevyr, to visit the Beetles rehabilitation center, visit the unique Forestry Museum and Kolochava Museums and see old wooden churches.

A year ago in the village Synevirskaya Polyana, which is located 1-2 km from the Center for Beekeeping Rehabilitation, an eco-park “Valley of Wolves” appeared . 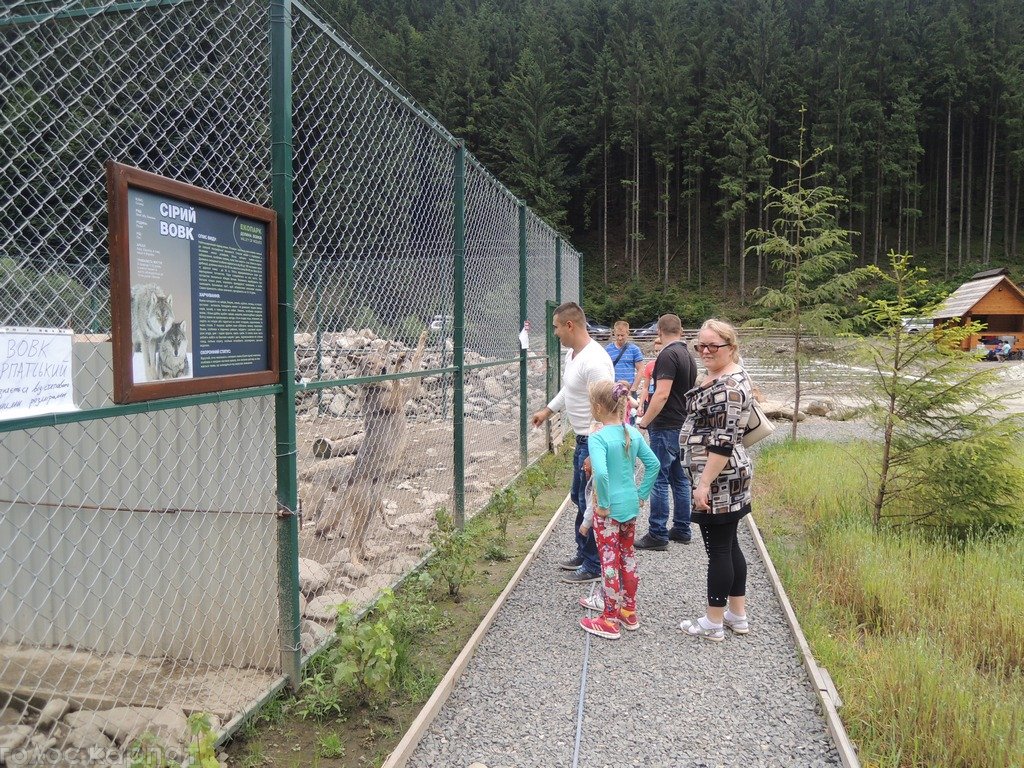 His goal was to provide rehabilitation to animals, and to preserve animals. Initially, nine adult wolves and nine wolves lived in the park. Each of them had its own story. If adult wolves live in cages, then these orphans, when they were still small, were allowed to go for a walk where they liked, but under the watchful eye of the owner of the shelter, Mr Yuriy Tyukha. In a quiet hour, they were usually spent in a utility utility room. Now they are already eight months old, and they already have a real wolf character. 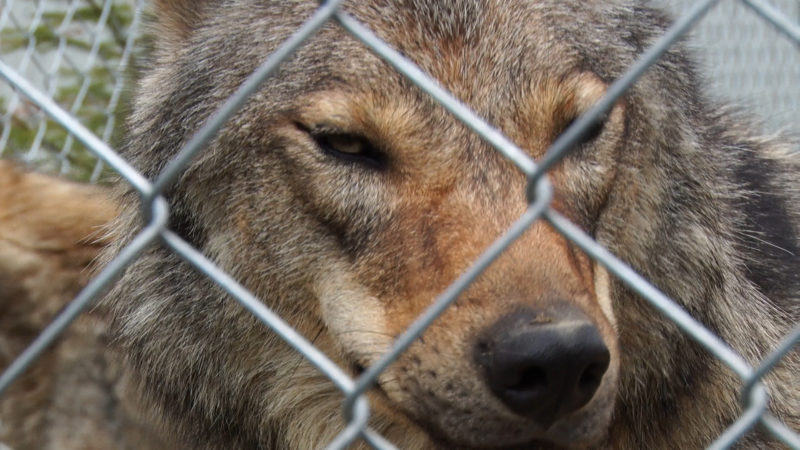 If you talk about adult wolves, then there are four breeds and they all are very different from signs. For example, the Carpathian Gray differs from the steppe by the fact that it has white legs and gray eyes, but the fur color is darker, because it masks into coniferous forests. On the contrary, on the steppe, the paws and eyes have a yellow color.

Also distinguished from each other are black Canadian and white polar ones, this can be guessed even by name. Polar wolf despite its character welcomes friends. This is the most difficult character of the breed. According to Mr. Yuri, she is wild, because this species has very little contact with people. Their habitat is where there is permafrost, so our warm climate makes them a little calmer, but with the advent of frost, their character is very variable, they are always ready to bite and wait for this opportunity. 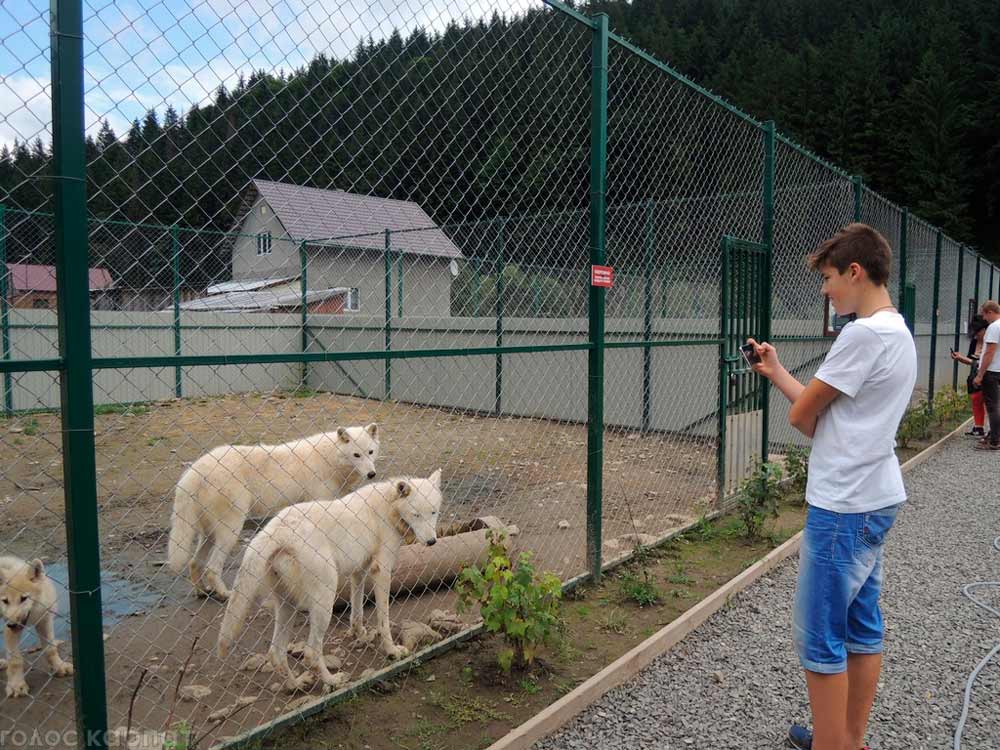 A white polar wolf scares away visitors not only with its strict appearance, but also with a strange eye color. Other types of wolves are accustomed to people and want to take delicacies from visitors in the form of chicken hips, pieces of pork or mutton.
Mr. Yuri can tell for hours about the laws that exist in the flock of his pupils. So, when he feeds a wolf of a family, the female always takes food for herself, the male initially gives part of the children, only then eats the rest. It was interesting to hear about the behavior of wolves at will. They always protect and care about their own, never leave them in difficult situations.

The packer always goes behind, so he can warn of danger from enemies. In front of sick animals, in order not to fall behind and not die, the most strong, further young people follow. The leader lives less than all because he always has a great psychological load and he always first attacks the enemy. Wolf, says Yuri, the most intelligent predator and hunter among wild animals. Visitors are forbidden to enter the cages, but their wolf’s host always admits and rejoice like puppets.

Great replenishment of the family.

During the year of its existence, the “Valley of Wolves” has expanded not only its territory, but also the number of species of its inhabitants. Now you can observe the everyday life of deer, ponies, playful ass, soft roe deer, and even see a tiger or a lion beside you .

The owner of the territory considers himself a donkey . He loves to be photographed with visitors, and sometimes he can cling to the camera brazenly.

Children are delighted with the new inhabitants who create a cheerful atmosphere unlike predators. Deer keep a little farther from people. They are still very insolent and require a special approach. But most people are crowded around the cages with African predators. Workers of the park assure that the loungers are not at all aggressive and behave like cats. This is the future of the couple. The boy dubbed Leo, and the girls gave Lola the name. They are already distinguishing eco-park workers from ordinary visitors and are delighted to go into their hands.

The lion king is beast

Still, just outside the striped neighbors of the lions, asylum seekers try to get out of the cage, because wild beauties do not really enjoy when their territory is foreign. Animal visitors do not pay attention, they love to play with each other and spoil only for a piece of meat. Levens all five months, tigers – one four, the other three. As long as they live in one cage, but in the spring, workers plan to settle them. According to Mr. Yuri, plans are to bring the Carpathian lynx to the shelter. 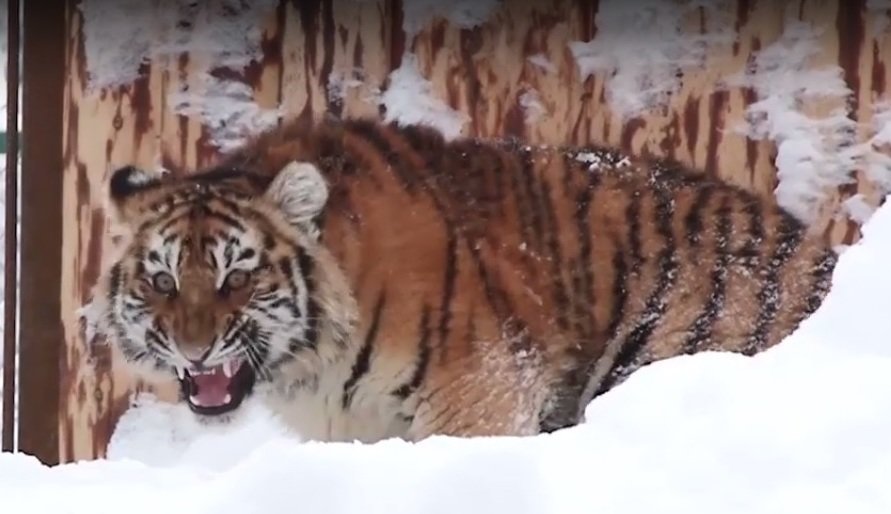 And I want to eat

If you talk about the difficulties, it should be remembered that a large number of residents of the refuge of predators and they feed exclusively on meat. The owner noticed that wolves, unlike dogs, do not eat bones. They snap meat and leave everything else. Therefore, you need a lot more food.
Currently, the Valley of Wolves is the only place in Transcarpathia, where you can see the number of wild animals at once.

Despite the fact that the eco-park has been open recently, wishing to see rescued wildlife is already lacking. “Valley of wolves” became a highlight of the Mizhhir region. Visitors get a lot of positive from communicating with these animals, children have an example of a humane attitude to living creatures who are in distress or have survived violence. Almost all animals greet guests of Mizhhirshchyna. “The Valley of the Wolves” – they love animals and restore their lives here. 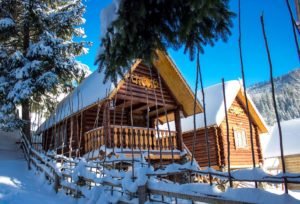 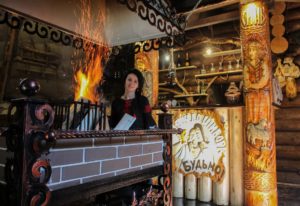